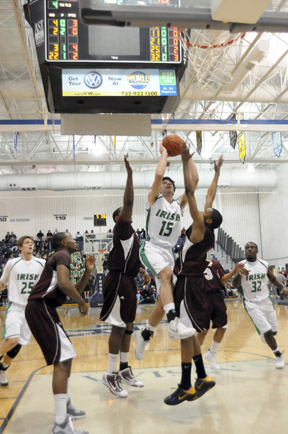 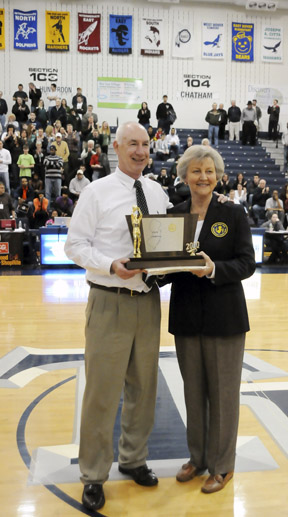 All Irish eyes in Cherry Hill were on Camden Catholic High School on Sunday night, March 12, as the boys’ varsity basketball team defeated St. Peter’s Prep (Jersey City) 68-63 for the Non-Public A State championship at Ritacco Center in Toms River.

“I’m floating on cloud nine,” remarked Irish coach Jim Crawford, who won his third state championship with the team in his thirty-second year as head coach (the others came in 2001 and 2003).

Crawford said the keys to the successful season were “the talented group of seniors. Their drive and determination was unparalleled.”

Leading the Irish charge against the Marauders were seniors Anthony D’Orazio (31 points) and Gerry Wixted (19 points).

Next up for 28-1 Camden Catholic is the Non-Public Tournament of Champions, where they will be the #1 seed, and on Friday, March 19 play the winner of the Cherokee/Shabazz game, at Rutgers University in New Brunswick. 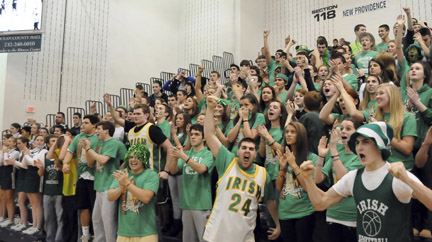