“St. Francis de Sales –Let us run to Mary, and, as her little children, cast ourselves into her arms with a perfect confidence.”
Home 40 Days of Francis Poverty of mind, body and spirit 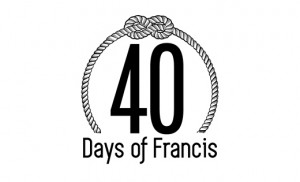 Catholic Charities is leading the Diocese of Camden in 40 Days of Francis, a time of preparation for the pope’s visit to Philadelphia. This is a fourth in a series in which leaders in the community reflect on particular issues of poverty in the Diocese of Camden and how people of good will can respond, in the spirit of Pope Francis, to the “cry of the poor.”

For the last few weeks in this series we’ve been reflecting on different kinds and manifestations of poverty. It’s helpful to take a moment and think about the questions: What is poverty? What really gets at the heart of responding to it?

Material poverty is often the most visible kind of poverty. But mental, physical, emotional or spiritual poverty are no less real and they too cry out for our response as Christians in mercy. This is the poverty of the person who loses a job and is unable to provide for his or her family; the poverty of the mother drowning in addiction; the poverty that comes with debilitating mental or physical illness; the poverty of grief.

All of us have experienced poverty in some form, our own personal trauma; all of us are called to respond to those who struggle in poverty now. How do we respond? I believe the answer lies in the concept of healing.

This weekend we mark 14 years since Sept. 11. As painful as it is to remember that time, it also serves as an example of the power of healing. The event was so profound and unexpected; it had such far-reaching consequences. Almost everyone living in the country that day remembers it, and so many people were devastated by it.

Because of the huge impact the event had, in the weeks and months that followed, something incredible took place. We as a country became a lot better at being in relationship with one another. Things that separated us before didn’t matter; people were kinder to one another; there was a sense of unity that was palpable; people came closer to God.

Healing happens in relationship. What helped us to recover from the trauma of 9-11 was our heightened willingness to be in relationship with one other, the coming together of people willing to reach out to their neighbors. That model shows us the potential for what could happen on the micro level: between individuals one-on-one, within our families, or in our communities.

Healing is also what is needed to relieve poverty. We may know of those who are still reeling from the tragedy of 9-11, but so many others surround us who are suffering their own personal tragedies. Theirs are the individual stories of trauma, of grief, of pain, loss, mental illness, or addiction that often go unpublicized, suffered in silence or loneliness. To recover from this poverty, they too are in need of the healing only found in relationship.

One of the things that helps any kind of poverty to self-perpetuate is when others fail to take action. Wherever a me-them dichotomy exists, we create separation between ourselves and our fellow human beings and that acts as a barrier toward healing. It can be as simple as the quick judgment we make of the beggar on the street holding a sign, or, as a fellow columnist in this series pointed out, the way we may write off those serving prison sentences as unworthy of our mercy.

To really respond to the poverty suffered by those around us, we have to be willing to enter into relationship with them, to help them heal. Those who struggle with poverty have to be humble, and those with the capacity to help have to be meek enough to serve. But combine those things together and that’s where charity comes alive, where Christ-like love is activated.

Let us be Christ for one another and through our love, in relationship, reach out to heal the poverty that surrounds us.

Andy Zmuda is director of program operations and integration for Catholic Charities, Diocese of Camden. He holds a doctorate in couple and family therapy from Drexel University. With his wife Karyn of 28 years he has three children and two grandchildren.