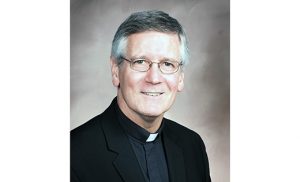 On Friday, April 8, Pope Francis published his apostolic exhortation, Amoris Laetitia (The Joy of Love): On Love in the Family. This 250 page document completes the intensive reflection on the family conducted by the Synods of Bishops in 2014 and 2015 — a reflection that involved the whole Catholic Church. The new exhortation calls upon the Church to renew and intensify the proclamation of the “gospel of the family.” This requires a more loving and persuasive presentation of the Catholic vision of the family and the sacrament of marriage. In fact, Amoris Laetitia sets out to do just that.

Pope Francis leaves no one out. His challenge is addressed to all the Catholic faithful, particularly Catholic families, including those who have suffered the break-up of their marriage and divorce. He speaks to those who actively seek to follow Church teaching, but also to those who, through ignorance, anger, or weakness, do not. He addresses the clergy and all involved in pastoral ministry. He challenges us all, especially the pastors of the Church.

The “truth about marriage” is indeed beautiful, as Pope Francis eloquently demonstrates. He proposes no sudden departure from Church teaching concerning inherent nature of marriage and the family — male and female, exclusive lifelong fidelity, openness to new life, and family planning free of contraceptives and the horror of abortion. He reiterates no same-sex union can in truth claim to be marriage. This pope walks the same path, as did Paul VI, John Paul II, and Benedict XVI, as his frequent citations show. This will be a comfort to many and a disappointment to others.

Has nothing, then, changed, except perhaps the pope’s “tone”? Amoris Laetitia expresses the pope’s conviction of what he believes must change with regard to the Church’s ministry to families.

Pope Francis calls us to a humble realism about the present state of marriage in and out of the Church. This realism is for him a starting place for a more compassionate pastoral practice. The struggles, the hardships, the moral failure, confusion, the inner assaults of culture, the external pressures of poverty and social injustice, the ravages of violence, the ravages of greed — all these undermine and seem to overwhelm a reality so tender as the family. And what response are we to make when we look upon this sorry scene? Fear? Cynicism? Condemnation? The repetition of right doctrine? Pope Francis by his words and deeds hopes to convince us that our first response must be the outpouring of Mercy. We are not to walk away, we are to walk toward the seeming chaos, proclaiming and enacting the promise of God’s mercy.

What we will find, Pope Francis believes, is that God’s mercy is already there ahead of us. The sign of His mercy is unmistakably visible. For in spite of all that militates against the family, the desire to love, to bear children, to be faithful, even to make real sacrifices for love, is not dead. The Creator does not abandon the fallen Adam and Eve. Even if it is certainly true that sin has made a mess of things.

This pastoral perspective (the pope calls it a “gradualist” perspective) shows itself throughout Amoris Laetitia. It is responsible for his now familiar pastoral vocabulary (accompaniment, discernment, dialogue, integration). Pope Francis is aware of the tensions involved in his perspective—between upholding the true faith and morals of the Church and the dialogue that takes time to prepare the heart to embrace the “gospel of the family.” And there is the risk of scandal, the pope admits, when those whose faith is not well formed and whose life situations are “irregular” are just beginning to be integrated in the life of the parish. These risks, the pope believes are inevitable in the community of God’s love, which is why the pope calls for a new intensity in the pastoral care of families.

The nine chapters make for a long read. And the style alternates, one chapter meditative and lyrical, another more analytical. The pope himself suggests that many will not wish to read every chapter and should choose what most directly addresses their lives.

While only a brief synopsis of each chapter, the following gives you an idea of what Pope Francis’s exhortation offers the reader.

Amoris Laetitia concludes with a prayer to the Holy Family. It begins: Holy Family of Nazareth, grant that our families too may be places of communion and prayer, authentic schools of the Gospel, and small domestic churches. Making his prayer our own, may his love of the family also be ours, that we may seek and serve the joy of love.

Father Phillip Johnson is pastor of Saint Thomas More Parish in Cherry Hill and holds a pontifical license in sacred theology as it pertains to marriage and family. Father Johnson has taught theology at the Selly Oak Colleges in England and later at the John Paul II Institute. He has been a frequent speaker at retreats and theological conferences in the U.S. and Canada and is the author of a number of articles and book chapters on theology, spirituality, ministry and ecumenism.

Advocating for life more important than ever