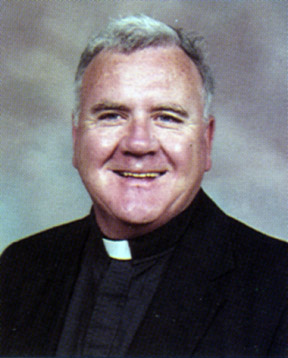 Bishop Joseph A. Galante has announced that Father Patrick Brady, pastor of Our Lady of Mt. Carmel/Fatima, Camden, since 2005, will leave his position at his current parish, and become pastor of St. Bernadette Parish in Northfield, effective June 15.

On Sept. 10, 2008, he was appointed priest convener of the merger between St. Bernadette and St. Peter Parish, Pleasantville.

Father Brady, 69, was ordained May 31, 1964, by in Ireland. He studied at St. Peter’s College in Wexford, and at LaSalle College in Philadelphia.

His first assignment was as parochial vicar at Our Lady Star of the Sea Parish, Atlantic City, where he served from 1964-67.

Father Brady has served on the Tribunal, as director of adult religious education, and as a member of the Committee for the Continuing Education and Spiritual Formation of Priests, and the Common Policy Committee for Pastoral Marriage Preparation.