“St. Francis de Sales –Let us run to Mary, and, as her little children, cast ourselves into her arms with a perfect confidence.”
Home Columns The 4-year-old asked, ‘Aren’t we gonna say grace?’ 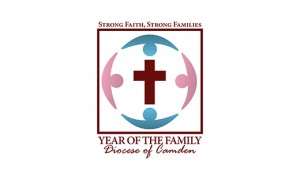 Prayer outside of church had always been a quiet, solitary act to me. With the exception of mealtime in the home or kneeling bedside at night with my children, praying out loud seemed like having a private conversation on a public phone. But, like phones today, that was quick to change.

A few years back I had taken my family, all seven of us, out to dinner. It was nothing elegant, just an all-you-can-eat buffet place with a great selection of mostly debatable food on a Saturday evening.

We don’t get to all go out to eat all that often. With five children, such a treat becomes cost prohibitive. However, I do enjoy cautiously splurging from time to time. The kids get a kick out of mixing and matching foods (Does macaroni and cheese taste good on a taco?), and my wife enjoys a well deserved break from cooking.

After we grazed the buffet and filled our plates, we all sat down and began to dig in when my youngest daughter, who was around 4 years old at the time, looked around the table and in a bellowing voice asked: “Aren’t we gonna say grace?”

We all stared at her, forks suspended midway from plate to mouth.

Now, we always say grace at home. In fact, we say grace at every meal. Growing up, grace was something reserved for dinner time, but my wife and I started saying it at every meal It wasn’t anything we had ever discussed. I don’t even remember when exactly we started doing it. It’s just something we did, something that felt natural.

I immediately felt beads of sweat beginning to form on my forehead. Grace? Right here? In the middle of the restaurant? For all to see? OK, I had said with a hint of false bravado, we’ll say grace. By strict definition, it was grace, but to people sitting at nearby tables, it probably looked more like we had all just dropped a glop of mashed potatoes in our laps and were grumbling about it. All with the exception of my youngest child who happily uttered the mealtime prayer. Even my sign-of-the-cross was hunched over and muted.

Throughout the rest of the meal, I kept thinking about why I reacted the way I did. Why did I feel a sense of embarrassment when it came to public prayer? Was I ashamed my Catholicism was showing? No, that couldn’t have been it. Since my return to the church after dabbling in Protestantism for a number of years, my devotion to my church was stronger than ever. Did I really care that much about what others would think? And what would they think: Oh, look at that horrible man! Praying in the open like that! And in front of the children!

For weeks I couldn’t get the thought out of my head. It pressed upon me before every meal. I knew I could do better. I should have been the one to bow my head first. I should be the one to show my children that our Catholic life is not just on Sunday mornings or in the home, but all the time and everywhere.

So at the very next family restaurant excursion, after the plates were filled to just beyond capacity (Son, is ice cream really the best side dish with Salisbury steak?), and before the kids could even lift their forks, I said “Let’s say grace.”

Sitting up straight, I said a confident albeit subdued “In the name of the Father and of the Son and of the Holy Spirit.” I have to confess that I still felt a little self conscious, I’m not sure why. Maybe it’s just the psyche’s reaction to a new behavior. Regardless, I pushed through and grace was said.

Since then, we say grace whenever we are out, wherever we find ourselves having a meal. And, frankly, I don’t think anyone even notices. Well, that’s not true. I know some people have noticed. I’ve been told by first hand witnesses that my children have been seen saying grace in the school cafeteria before eating their lunch (Son, I also heard you traded your apple for half an Oreo? Oh, it was the side with the cream. Well, then, that makes it perfectly reasonable.).

Dean P. Johnson teaches English in Camden and is a member of Mary Mother of Mercy Parish, Glassboro.

In times of plague, ‘Love your neighbor as yourself’

The saints people prayed to during the Black Death

The entire community is charged with handing on the faith