“St. Francis de Sales –Let us run to Mary, and, as her little children, cast ourselves into her arms with a perfect confidence.”
Home Latest News Deacon Carmen Bischer of Holy Cross, Bridgeton, dies 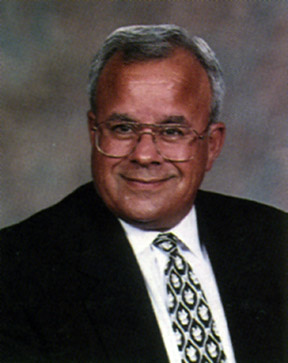 Born in Bridgeton on Sept. 25, 1944, to the late Anthony and Violet Petecca Bischer, he was raised in Bridgeton, and graduated from Immaculate Conception School.

In his youth, he was part of the inaugural group that formed Bridgeton Little League. His love of baseball not only led him to become a lifelong Phillies fan, but also a part of Bridgeton High School’s varsity baseball team, which won a state title with him playing first base.

Graduating from Bridgeton High School in 1963, he attended Rutgers University and Pierce Junior College.  He held positions in human resources at the Seabrook House and at the Lighthouse. He also worked for many years in information technology for Independent Management Services, Wheaton Glass, and had been a founding partner of CLM Associates. In 2007, Deacon Bischer retired as the administrative director for the Cumberland County Department of Health after an 18-year career with the county.

He was most proud of his work as a deacon for the Diocese of Camden and his service to Holy Cross parishioners, where he officiated at countless baptisms and funerals.

He was ordained a permanent deacon on Oct. 15, 1988. He was known as a devoted “people person” and expert conversationalist.

Deacon Bischer thought of his children as his most prized possession, and his marriage to his wife Kathy, for 48 years, “the best decision ever.”

“The first thing that struck me about Deacon Carmen Bischer was his smile and friendliness,” remembered Deacon Leo McBlain, director of the Diocese of Camden’s Office of the Diaconate. “He found it easy to engage people and that is an important quality in ministry,” he said.

In addition to Kathy, he is survived by son, Michael A. Bischer and his wife Darla of Upper Deerfield Twp.; daughter, Jennifer B. Rice and husband Brad of Bishopville, Md.; two grandsons, Brandon M. and Jason A. Bischer; and one granddaughter, Isabella R. Rice.

Memorial contributions, in lieu of flowers, are requested to the St. Vincent de Paul Society, c/o The Good Shepherd Dining Hall, 46 Central Avenue, Bridgeton 08302 or to the charity of the donor’s choice.