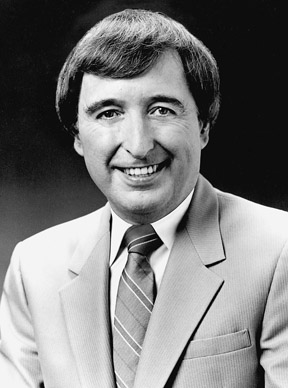 In the same way, for 12 years he was present at the Cathedral of the Immaculate Conception in Camden, showcasing his faith as organist at Sunday Masses.

Born Lazarus Louis Ferrari in 1932, the Boston Native joined the military at the age of 20 and was eventually assigned to Fort Dix, N.J.

Off-duty on Christmas Eve, he and his service mates went to a G.I. club on the base where, after seeing an organ, he played for himself and his friends. Impressed by his expertise, they recommended to their Commanding Officer, who was looking for candidates to audition for a television program.

Ferrari appeared on “Soldier Parade” on ABC-TV, and, later, in 1954, he appeared on the Army television show “Fort Dix Presents.” Originally supposed to play on the show each week for four weeks, Ferrari soon got a permanent weekly spot on television.

For 43 years, “The Larry Ferrari Show” was seen on Philadelphia-area Channel 6, and was the second-longest running show on the station, behind only “Chief Halftown.”

Starting in 1985, Ferrari became Sunday Mass organist at the Cathedral of the Immaculate Conception in Camden, and he became a close friendof Auxiliary Bishop James L. Schad.

Ferrari was also known for his charitable works. He played organ at Assumption Church in Wildwood Crest and performed concerts for the residents in St. Mary’s Catholic Home and the Manor at St. Mary’s, both in Cherry Hill.

On Nov. 20, 1997, at the age of 65 and living in Cinnaminson, Ferrari died after a battle with cancer. Ten days later, on Sunday, Nov. 30, the last original broadcast of “The Larry Ferrari Show” aired.

Bishop Schad celebrated Ferrari’s funeral Mass at the Cathedral of the Immaculate Conception, and Carter Merbreier, better known as Captain Noah to viewers of Channel 6’s “Captain Noah And His Magical Ark,” shared his memories of Ferrari.

In 2000, Larry Ferrari was inducted into the Hall of Fame, of the Broadcast Pioneers of Philadelphia.

Researched by Peter G. Sánchez and James A. McBride