“St. Francis de Sales –Let us run to Mary, and, as her little children, cast ourselves into her arms with a perfect confidence.”
Home Latest News Sing a new song, learn the new Roman Missal 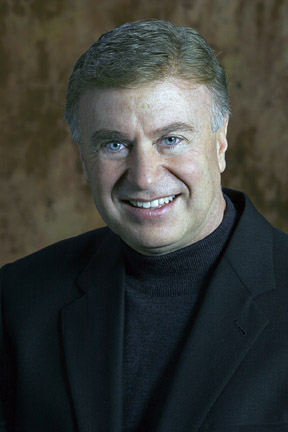 GIBBSTOWN — The man who wrote some of the most popular church music of recent decades says song can be the key to adapting next month to the official introduction of the new Roman Missal translation of prayers during Mass.

“Music is going to be one of the great tools for helping us with the change,” renowned composer Dan Schutte said during a workshop and concert last Sunday at St. Michael’s Church of St. Clare of Assisi Parish.

The nearly 100 participants enthusiastically joined Schutte in some of his most popular songs, including “Here I Am, Lord,” “Sing a New Song,” “Though the Mountains May Fall” and “City of God.”

Schutte (pronounced shoot-ee) used song, scriptural explanations, historical points and spiritual reflections to explain the background and some detail of the impending changes. The new English translation of the Roman Missal goes into effect the first Sunday of Advent, Nov. 27.

St. Clare of Assisi and Church of the Incarnation parishes co-sponsored the afternoon program, with an assist from the Swedesboro and Gibbstown councils of the Knights of Columbus and Columbiettes. Sister Marty Gentilini, pastoral associate at St. Clare of Assisi, coordinated the event.

Father Dave Grover, pastor of St. Clare of Assisi, explained during a break in Sunday’s program that Schutte was invited as part of a week-by-week program to explain the impending changes to parishioners.

Father Grover’s comment was prophetic, because minutes later when the program resumed, Schutte told the audience, “Our present translation doesn’t need a lot of explanation. For the new one to make sense is going to require education.”

Schutte, who spent 20 years in the Jesuit order, put the changes in historical context. He explained the evolution of what we know today as the Mass in different regions during the first five centuries A.D.

“While they shared the common belief,” he said, “there were many, many ways of celebrating the Lord’s Supper” until the prayers and rituals were standardized after the Council of Trent in 1570.

There have been a series of translations from the Latin language since the Second Vatican Council in the 1960s. The new latest English translation has been in the works for a decade since the new Missal was published in Latin in 2002.

Schutte explained that some of the prayers at Mass will now reflect a more formal word-for-word translation from the Latin, rather than the colloquial language that has been in use for the past three decades.

“We don’t much like change,” Schutte said, drawing a knowing laugh from the many senior citizens in the crowd. “When we hear that the words in the Mass are changing, it can be a little unsettling.”

For that reason, he believes, new music might make it easier for the congregations to adapt to new wording for parts of the Mass. To demonstrate, he led the audience in a new musical version of the Gloria.

“Music is going to help us get used to the new words without stumbling over it,” he said.

Members of the audience seemed to agree.

“I thought it was lovely,” Ann Kavanaugh of Gibbstown said after the program. As for the change in the liturgy, “I’ve been through a lot of change,” she said with a smile and a bit of trepidation.

Fellow parishioner Leslie Pszwaro was enthusiastic about Schutte’s program and the changes. “Fantastic,” was the way she described it. “I’m excited about it.”

Schutte, in an interview the week before his visit to St. Michael’s, said he is used to encountering a range of reactions to the changes in the Mass. He doesn’t see his role as “selling” the new translation but rather helping people understand why it is happening. He described the new translation as an opportunity for re-education and asking, “How does worship play a part in our life of faith?”

Schutte, who is 63, has been in the forefront of some of the changes over the years. It was after Vatican II as a member of the group known as the St. Louis Jesuits that he began writing the liturgical music that has become famous. Today he is composer-in-residence at the Jesuit-run University of San Francisco. He estimated that he has done about two dozen “Prepare the Way” workshops around the country in anticipation of the new translation.