“St. Francis de Sales –Let us run to Mary, and, as her little children, cast ourselves into her arms with a perfect confidence.”
Home Columns The Spanish element in the history of our country

Numerous cities throughout the United States offer a counterbalancing narrative to a historically dubious account of exclusive Anglophone expansion into the New World. Places stretching from San Antonio and El Paso through Santa Fe, Las Cruces, Pueblo, San Diego, Los Angeles, and north to Sacramento, Santa Clara, San Jose and San Francisco make clear that the Spanish-speaking heritage of our nation is not a “later addition” to the founding fathers’ vision of an extension of Northern European society on previously unexplored shores, a supposition which also silences the storied history of indigenous populations who lived here for millennia before the waves of North Atlantic conquests.

Any idea that God arrived to this continent in the holds of the pilgrim ships to Jamestown and New Amsterdam during the Age of Exploration is theologically suspect. Spoiler alert — the divine was already present and active for innumerable eons in this land before Northern Europeans showed up.

But it’s also clear that the Spanish element to the history of our country — though itself a complex reality rooted both in conquest and the evangelical spread of the gospel, in the avaricious thirst for gold and the integration of fleeing exiles — is undoubtedly a legitimate, vibrant and lasting tessera in our colorful national mosaic.

My wife and I were blessed to explore South Florida together for a few weeks this past month, receiving a remarkably kind gift of some time at the property of a friend (and avid Star Herald reader!) on Sanibel Island, and then going on to Miami and the Keys.

Just like those Southwestern and Californian locales, Spanish Florida (the name itself is not English) played a pivotal role in the contours of the diverse experience of the Americas (also a non-English root word).

From the island’s connection to Saint Isabel, the daughter of the King of Aragon and granddaughter of the Catalan King Jaume el Conqueridor, to the overflowing Spanish Mass at Jesús Obrero (Jesus the Worker) Parish, a mission originally founded to serve the bustling Puerto Rican community in the area, we connected with the Iberian and Caribbean heritage that is such a part of South Florida culture.

In Miami, we visited the “world’s most famous Cuban restaurant,” Versailles in Little Havana, which has served as the hub of the Cuban community in the United States for decades, and listened to live rhumba with our Argentine and Cuban “padrinos de lazo” from our wedding.

In Key West, we read about the history of the Siboney Native Americans who were indigenous to the Caribbean islands, and joked with the local Spanish pastor about where to find paella and sangria on Duval Street on a Sunday.

As Natalia Imperator-Lee argues so eloquently, “truth-telling about the continuous presence of nonimmigrant Hispanic Catholics in the continental United States counters the narrative of ‘American Catholicism,’ with only Northern European (and white-skinned) roots, or a Catholicism that is ‘emerging’ as a Hispanic reality only because of recent migration of peoples instead of the absorption of many Hispanic Catholics into the United States during the nation’s westward expansion. … Too often, especially in the northeastern United States, cultural understandings of Catholicism are mistaken for all-encompassing orthodoxies and orthopraxes. Only when we confront cultural understandings and contexts different from our customary reality is our own partial understanding of reality foregrounded. … [In thinking along these lines], we tell a truer story about the church.”

To put a finer point on it, these weeks continued to remind me that both to contemporary Americans and to believing Catholics, Spanish-speakers and their cultural patrimonies are “no ellos, sino nosotros,” that is to say, “not them, but us.” 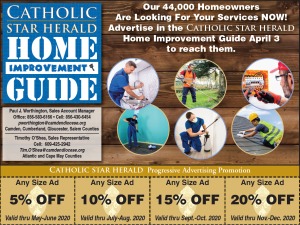 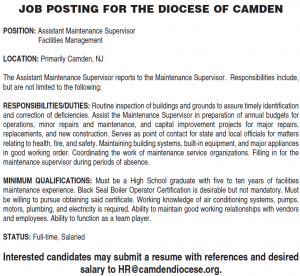