“St. Francis de Sales –Let us run to Mary, and, as her little children, cast ourselves into her arms with a perfect confidence.”
Home Latest News Father Abbott Hope, retired pastor, dies 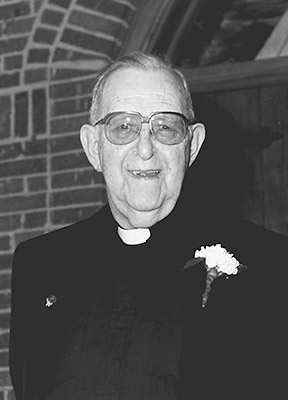 Father Abbott James Hope, 91, a priest in the Diocese of Camden for almost 60 years, died Aug. 12.

He was active with the Inter-Parochial Cooperation Board, and Priests Council, and served as the Holy Name Society County Coordinator in Cumberland County.

A Mass of Christian Burial was to be celebrated on Friday morning, Aug.16, at the Cathedral of the Immaculate Conception in Camden. Interment will take place on Monday, Aug. 19, at St. Peter’s Cemetery, Troy, N.Y.

Listen to the latest Talking Catholic podcast with our Development Office