“St. Francis de Sales –Let us run to Mary, and, as her little children, cast ourselves into her arms with a perfect confidence.”
Home Latest News Father Moore to retire 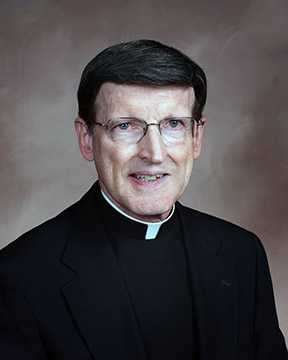 Father Moore was born in Brooklyn, and studied at The Catholic University of America, Washington, D.C.; and Immaculate Conception, Huntington, N.Y., before being ordained on May 31, 1969.

He has been a member of the diocesan Liturgical Commission; the Priests’ Council; and the Vocations Advisory Board.